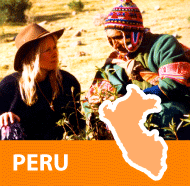 Many medicinal plants passed through trade routes between the cultures of the Amazon and the Andes. Therefore, our work expanded into the Andes, documenting the medicinal plants used by the ‘”Hampeq Runas” and “Hampeq Warmys”. (curanderos and curanderas) who walk from pueblo to isolated pueblo to administer the medicinal treatments that they have used for centuries. 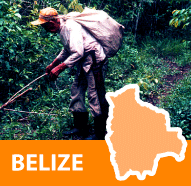 The next project of the EthnoMedicine Preservation Project was to document the work of Dr. Rosita Arvigo in Belize, who has been researching and documenting the uses of medicinal plants in Belize for the past 30 years. She has dedicated her life to preserving the knowledge of several Maya healers who are now deceased, and is the only living link to their experience.

In South India, we are working with Dr. S. Rajan, Field Botanist at the Survey of Medicinal Plants and Collection Unit in Udhagamandalam and the Tribal Museum. For over 20 years, Dr. Rajan has been documenting the medicinal plant knowledge of the six most threatened pre-literate tribal groups. We have been filming these remote tribal groups for the past two years. 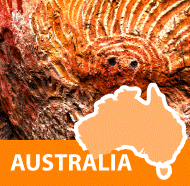 In Australia, we are working with Yidumduma Bill Harney, the last fully initiated male Custodian of the Wardaman people in the Northern Territory. Growing up in the early 1930’s on his traditional lands, young Yidumduma worked with his fellow Wardaman on Willeroo Station, and then going Walkabout, continuing his ceremonial ‘Bush University’ education.